Area students to graduate
The Lawrence Township Journal, May 19, 1977

Working together to make it happen
NTID Printing Production Technology/
National Center on Employment of the Deaf leaflet, 1992

Rochester Free Press
MSM Productions comes to the rescue of a newspaper publisher in distress, 1995

The Great Treasure Hunt
What We Can Learn From Researching “Deaf History”
Deaf American Monograph, 1996

Going to bat for a deaf hero
Rochester Democrat and Chronicle, February 20, 2000

Local deaf population in national spotlight/Yet some in community critocize the lack of unity Rochester Democrat and Chronicle, March 26, 2002

Deaf actors give wings to ‘Peter Pan’
Rochester Democrat and Chronicle, May 4, 2002

Cue Up was an abstract play that relied mostly on body language, using only a few signs.
It toured a few cities.

Matthew is using one of the script’s repeated signs: “typewriter.” (Photographer unknown) 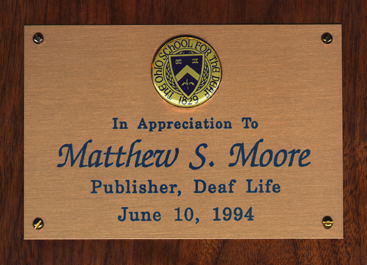 Afterwards, he received this award as a token of appreciation for
his work with DEAF LIFE.

The Board of Cooperative Educational Services (BOCES, pronounced “bowsess”)‚ is a county-wide network of public special-education schools. BOCES also provides support services to mainstreamed deaf students. Matthew gave the keynote address at Advocacy and Access: Support Service Personnel’s Eighth Annual Conference on Mainstreaming Students Who Are Deaf or Hearing-Impaired, May 6-7, 1994.

Deaf Heritage Week at Indiana School for the Deaf, 1993 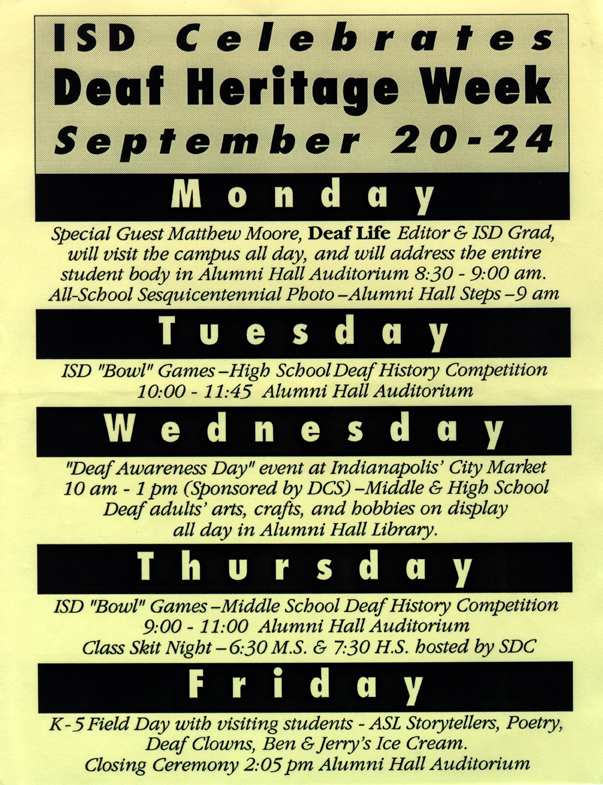 In September 1993, Matthew participated in ISD’s Deaf Heritage Week. He delivered the keynote address for ISD’s celebration, toured the classrooms, talked with students, and answered questions. He received a touching personal note from Mary and Bob Kovatch, Matthew’s former teachers (below), and a more formal but equally warm letter of thanks from faculty members David Reynolds (bottom). 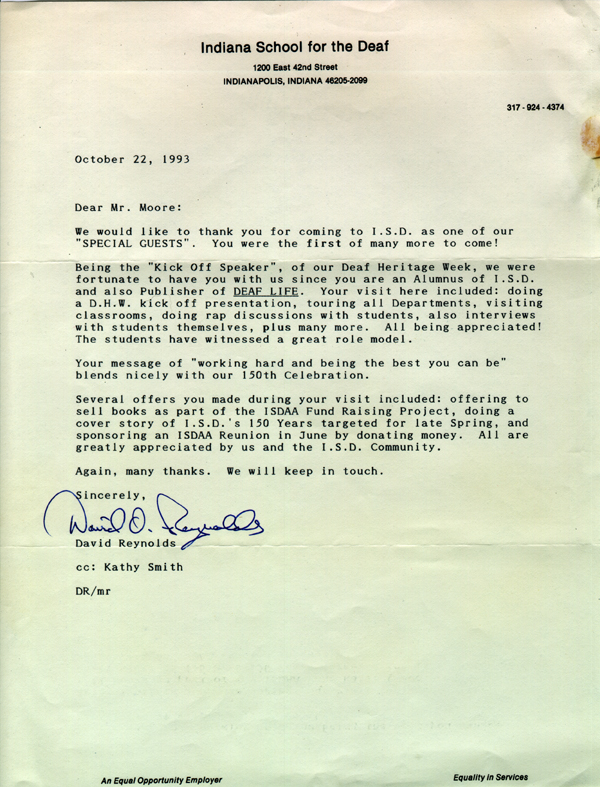 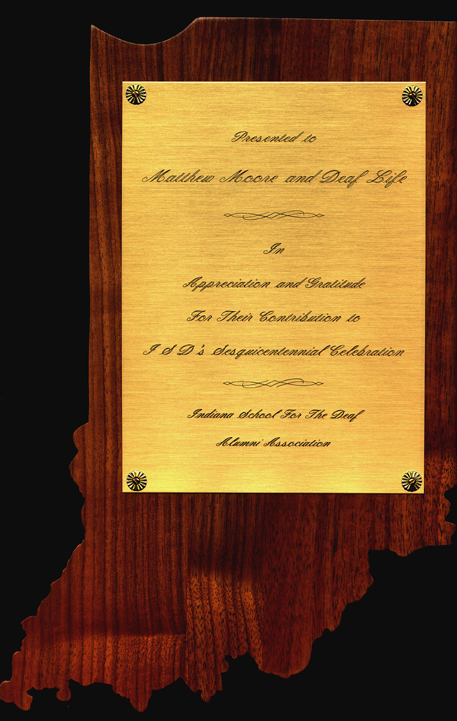 During ISD’s Sesquicentennial Celebration, Moore received this plaque from the ISD Alumni Association in recognition of his services to the Deaf Community as publisher of DEAF LIFE. It’s shaped like the State of Indiana.

Deaf Magazine got unanimously favorable reviews from viewers and critics.

Table contains no dialogue. It isn’t mime, either. The characters communicate solely through expression, glance, and movement. What’s going on here? Tension, desire, conflict? The interpretation is up to the viewer.

Cook and Moore have a dialogue-less conversation as Smith and Hudson look on with amusement. (Photographer unknown)

(a musical revue co-written, co-produced, and directed by Moore)

The playbill for C’est Autre Chose.

On May 18, Matthew gave a rousing address to ISD’s Class of 2001, alumni, faculty/staff, parents, and supporters. He was valeductorian of the Class of 1977. This marked the first time ISD had invited him to give a Commemcement Day address.

The March/April 2001 issue of the Silent Hoosier, the statewide Deaf Community newsletter, contained an appreciative firsthand account of Matthew’s address to the new graduates and their families.

The Southeast Regional Institute on Deafness brings together VR, support-service, and deaf-education professionals for several days of conference sessions and workshops. The first SERID was held in 1971. Each annual conference rotates among the Southeastern states (Alabama, Tennessee, Florida, North Carolina, South Carolina, Georgia, Mississippi, and Kentucky). The 33rd conference (SERID 2003) was held in Mobile, Alabama. Matthew, already a favorite among Alabamian audiences, was invited to give a performance. 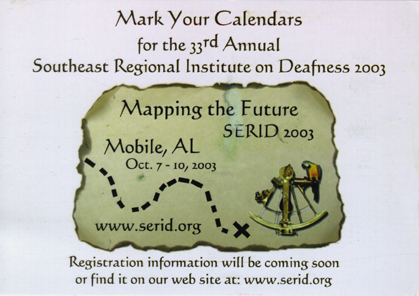 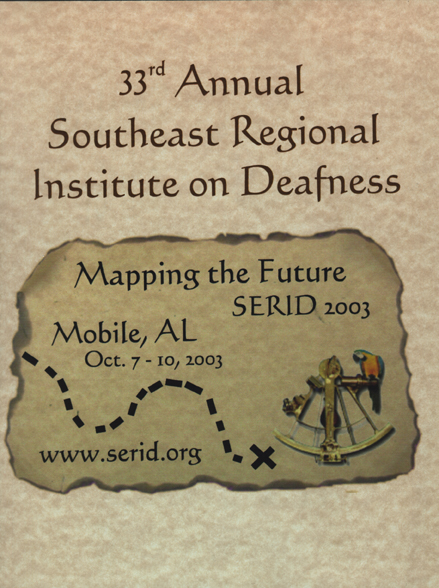 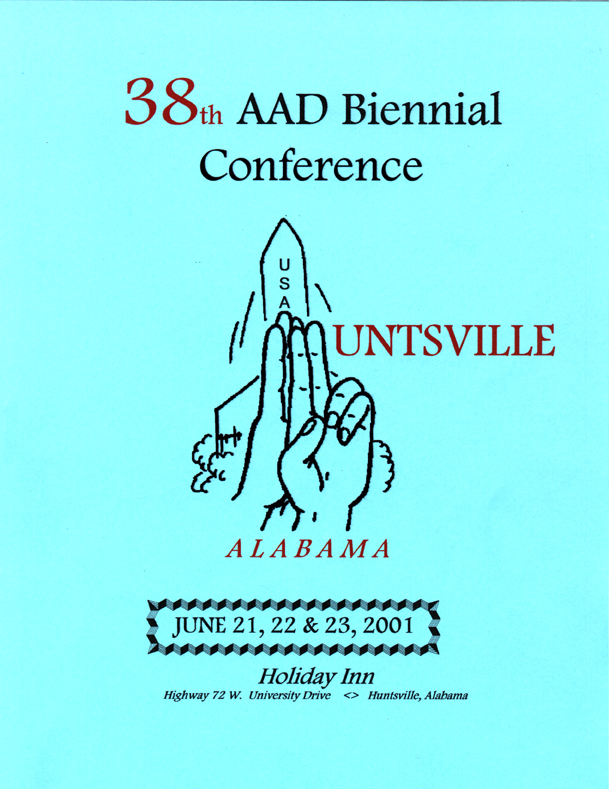 The 38th Biennial Conference of the Alabama Association of the Deaf was held from June 21 through 23 in Huntsville. This marked another “first” for Matthew. In addition to conducting a workshop, he gave a memorable performance that included poems, original signsongs, and his unique brand of ASL humor. The audience was dazzled. The images above show the program-book cover and the page noting some of his achievements. 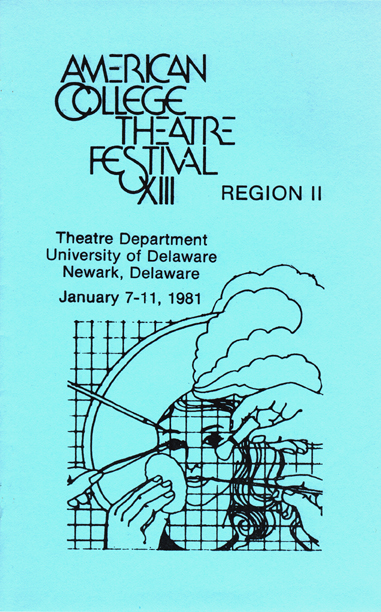 Matthew participated in the 13th American College Theatre Festival, held at the University of Delaware in January 1981. Representing RIT, he was one of 10 regional finalists who earned commendatiuon for the excellence of their acting. 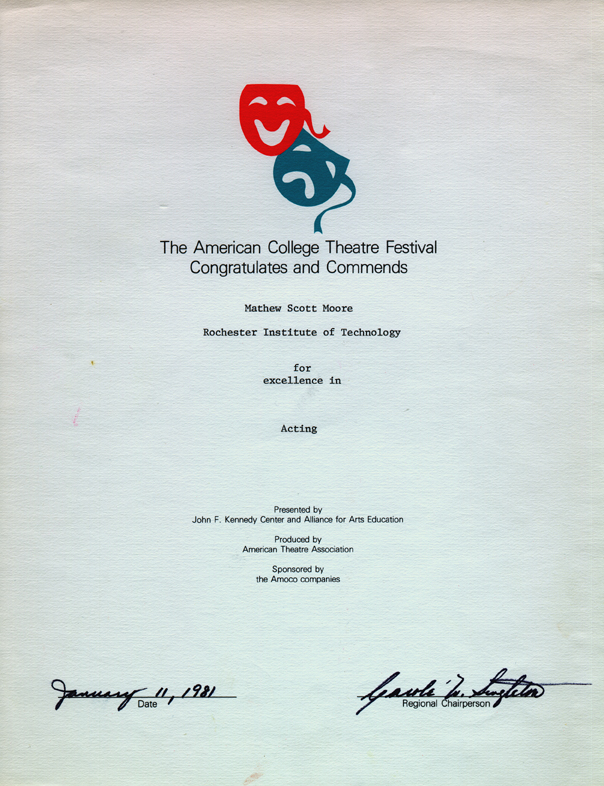 This “Excellence in Acting’ certificate was awarded to him as a token of recognition.

National Theatre of the Deaf 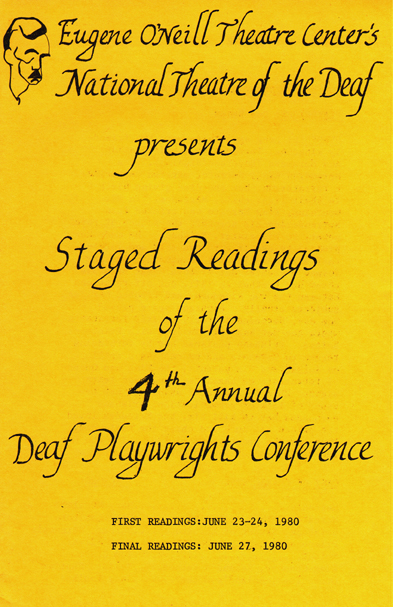 He was assistant director of one of the staged readings of the 4th Annual Deaf Playwrights, also in June 1980.

Matthew participated in the Deaf Poetry Series sponsored by Writers & Books, a literary center/store/gallery/auditorium/stage housed in an attractive and imaginatively renovated old police station—one of the city’s landmarks and a prime cultural resource.

Jazzberry’s Restaurant & Cabaret was a colorful, much-loved (and controversial) Rochester institution for several years. Originally housed in a recycled firehouse with the Genesee Co-op’s array of studios, shops, and offices (it later relocated to East Avenue), it featured good vegetarian fare, lots of live music, and a variety of “alternative” performances, including ASL poetry. For a time, it was Rochester’s chief off-campus venue for ASL performers. In early 1987, Matthew gave one of his exciting performances here.

On October 18, 1997, Moore gave the keynote address at the Ohio Association of the Deaf convention in Columbus, and received this certificate as a token of thanks. 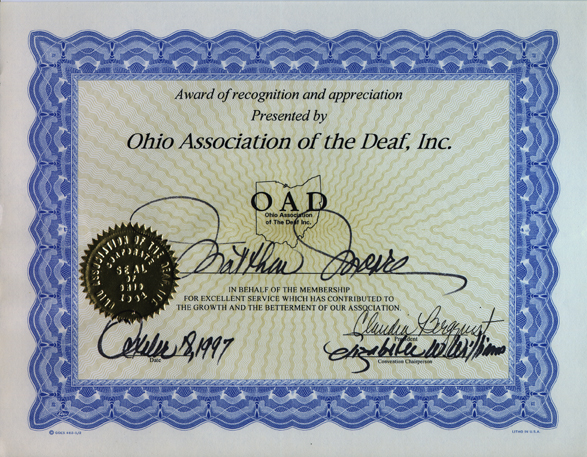 Lecture at Tower A. RIT/NTID 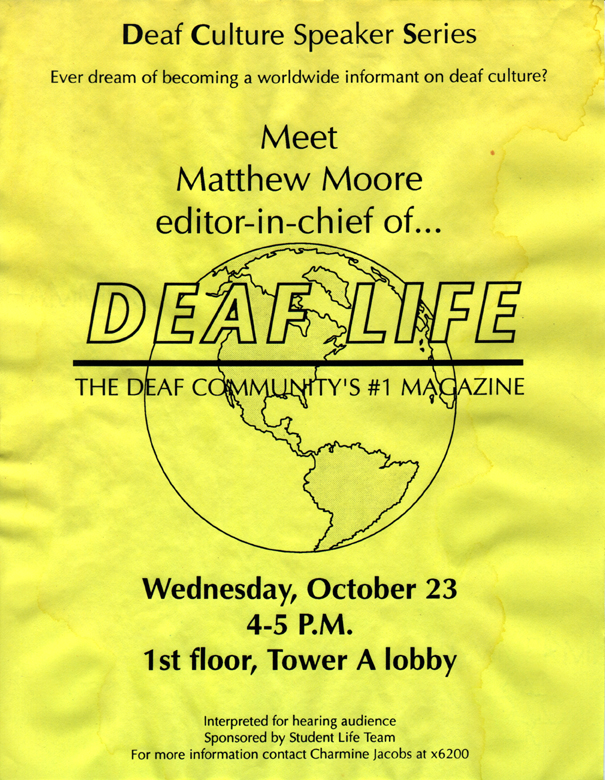 In 1991, NTID’s Deaf Culture Speaker Series invited Matthew to talk to students, faculty, and staff about his experiences as a publisher and businessman. Tower A lobby is a popular meeting place and site for informal public presentations. 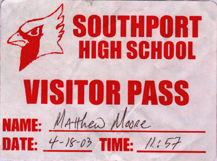 Above: this visitor’s pass, with the school logo—Matthew’s favorite bird—
is a souvenir of an exciting day.

Having come to Indianapolis to coordinate ASLTA’s Second National Professional Development Conference, Matthew took a bit of time to “visit around.” At the Conference, Glenn Carlstrand, Matthew’s old teacher at ISD, now at Southport High School, invited him to talk with his sign-language students, giving them an invaluable opportunity to practice their signing skills with a master. Matthew visited two classes. Students “interviewed” him about his life, schooling, and career. It was an enjoyable experience for everyone. 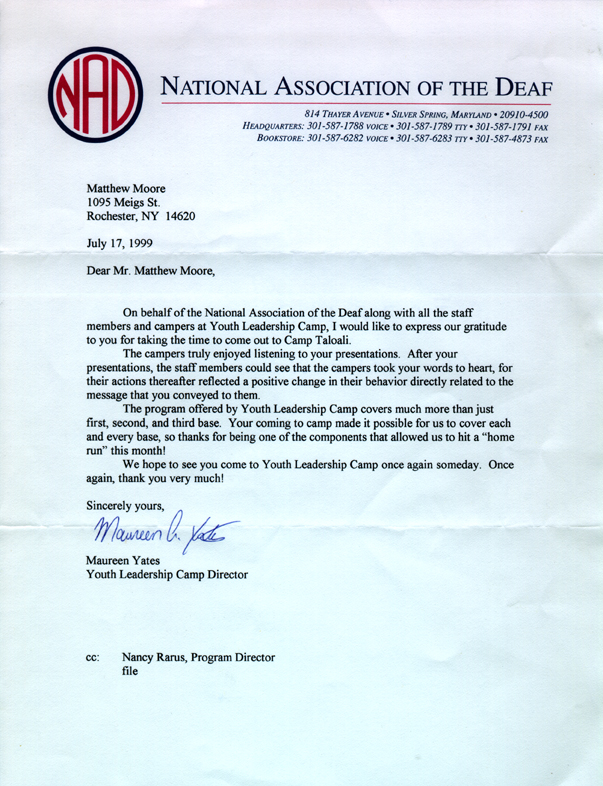 Matthew participated in the 1999 session of the NAD’s Youth Leadership Camp at Camp Taloali in Stayton, Oregon. As usual,, he delighted and inspired the campers and staff, and as usual, received rave reviews.

Above and below: the ASL Festival prospectus

Below: The ASL Festival program-book cover

Matthew participated in Northeastern University’s 2001 Veditz ASL Festival. His presentations at the 2000 Festival having been enthusiastically received, he was invited back. On Thursday, May 10, he led an informal “Coffeehouse” question-answer session, and on Saturday, May 12, led an all-day “Great Deaf Americans” workshop.

Matthew participated in the 2000 “Pathways to Your Future” summer program for Deaf children, sponsored by Monroe #1 BOCES, on June 29 and 30, 2000. As this letter from Marty Nelson-Nasca shows, he helped organize a mock trial and presided as judge—all on short notice, but he did a fine job of it.

Shortly afterwards, Matthew received this appreciative letter (below) with a copy of the newsletter.

Matthew participated in the University of New Hampshire’s Deaf Lecture Serieswith a well-received presentation on “Deaf Reality 101.” He also gave a “Great Deaf Americans” slideshow to students at Memorial High School, a pop quiz and some enlightenment to MHS’s ASL class, and a workshop on “Oppression” at a meeting of Allies, a group of advocates who seek better relations between the Deaf and Hearing communities. It was an exciting and memorable experience for the audience, the hosts, and for Matthew too.

Letter of thanks from Susan Wolf-Downes,
Executive Director of Northeast Deaf and Hard of Hearing Services 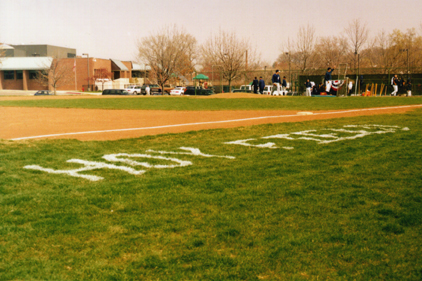 On April 7, 2001, Gallaudet University formally dedicated its baseball diamond as “Hoy Field,” to honor the memory of William Ellsworth “Dummy” Hoy, the first deaf major-leaguer. Matthew, who chairs the Hoy Committee, which is lobbying to have have Hoy inducted into the National Baseball Hall of Fame, was invited to give a brief talk at the dedication.

It is known that Hoy visited the campus in 1888, during his stint with the Washington Nationals (also known as the Senators). He was impressed with the beauty of the campus, and enjoyed meeting students there. He may have participated in a game or two on this same field, which has been in continuous use since the campus was laid out in the mid-1860s. This would make Hoy Field one of the very few diamonds where Hoy played that are still in existence.

Hoy never had the opportunity to attend the college, but would have likely proved to be an excellent student. Charles Warren Carraway, a Gallaudet student-journalist who interviewed him in 1888, reported that he admired the college and may have entertained some wistful thoughts, but appeared to be content with his career as a baseball player. Hoy was serious and passionate and baseball, and was happiest when he was outfielding, although the Washingtons were a notoriously weak team. 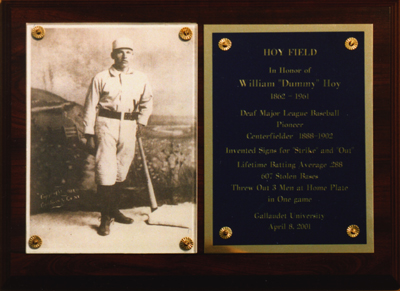 Matthew received this plaque as a token of thanks for his work in publicizing Hoy’s career and achievements. The well-known studio photograph of Hoy, from an Old Judge tobacco card, was taken during his rookie year with the Washingtons in 1888.

Miriam Skaggs, Hoy’s granddaughter-in-law, flew in from California to attend the ceremony. She posed with Dr. I. King Jordan, President of Gallaudet University, proudly holding her plaque. Miriam is married to Carson Skaggs, one of three sons of Hoy’s younger daughter Clover.

Mrs. Skaggs also posed with Matthew on the happy occasion. Matthew is working on the first full-scale biography of Hoy, and Hoy’s family has been extremely helpful—sharing information, photographs, and leads. Naturally, they’re enthusiastic partisans of the campaign to have Hoy inducted into the Hall of Fame.

After the game (Gallaudet Bisons vs. Christendom College Crusaders), Matthew enjoyed a chat with Dr. Jordan, an old acquaintance. 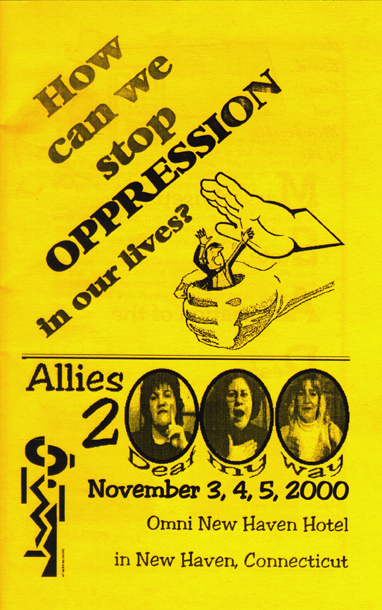 On Saturday morning, November 4, 2000, Matthew gave one of his dynamic presentations, “Stuck in the Bucket: What It’s Like to Grow Up Deaf,” at the Allies 2000 Conference in New Haven, Connecticut. That evening, he signed copies of For Hearing People Only.

The envelope from Matthew’s registration packet. 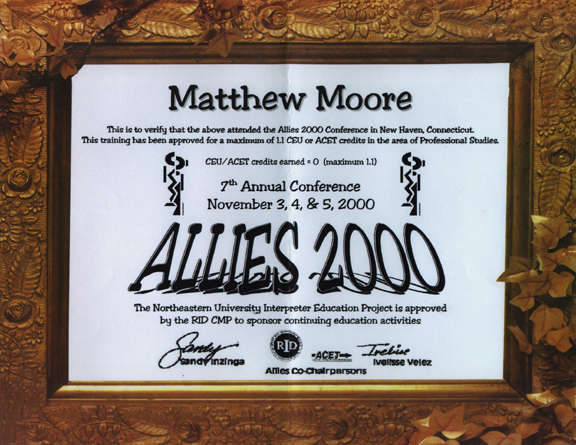 This attractive certificate was presented to him as an acknowledgement of his participation. 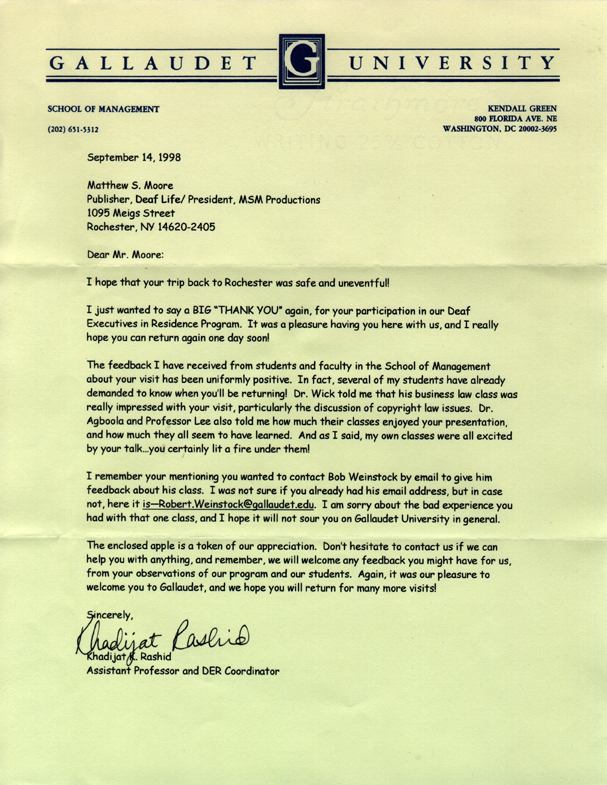 Matthew participated in Gallaudet University’s Deaf Executives in Residence Program at the School of Management. On September 8 and 9, 1998, he visited classes, fielded questions, and discussed business topics with students. This letter accompanied an inscribed silver-plated apple, the “token of appreciation.”

On November 7, 1992, Matthew gave a luncheon talk at
TDC’s 3rd Annual Conference in Tyler. He discussed such topics as politics in the Deaf community and working with the media.

In March 1998, the Illinois Department of Human Services’ Division of Services for Persons Who are Deaf and Hard of Hearing invited Matthew to give a motivational presentationn at the Rehabilitation Counselors for the Deaf Statewide Meeting, held at the Matteson Holiday Inn in Matteson, Illinois. He gave his presentation on May 20, 1998, encouraging his audience to recognize that they could make or break themselves.

Matthew gave a Great Deaf Americans presentation-slideshow at
the Boston Public Library on September 26 and 27, 1996.
Below is BPL’s letter of thanks.

On February 24, 1996, Moore gave a presentation, “Literacy 101: Giving Deaf Children the Basics,” at the Show Me Symposium: Educating Children Who are Deaf and Hard of Hearing, in Columbia, Missouri. This description is taken from the program book.

Matthew participated in the Deaf Awareness Week festivities and educational events (March 25-30 and April 1, 1995) sponsored by the Gallaudet University Regional Center at Johnson County Community College in Overland Park, Kansas (over the state border from the south suburbs of Kansas City, Missouri). The four photos below, taken at one of his three lectures, capture a glimpse of his dynamic stage presence. 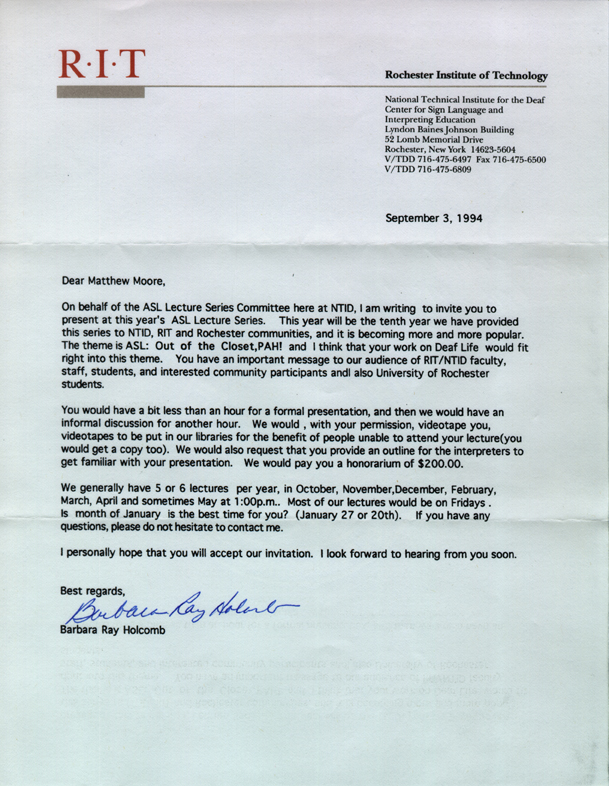 This is the letter of invitation from Barbara Ray Holcomb, an old friend.

CELEBRATION ’94
at University of California, Berkeley

Matthew gave a presentation at this festival, a celebration of Deaf creativity
in the fine and performing arts. 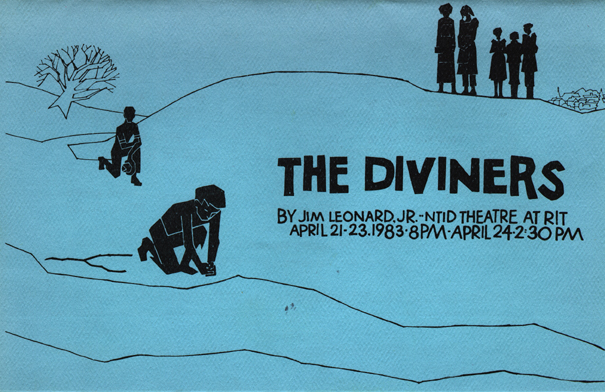 Matthew served as one of three sign-language consultants for NTID’s Spring 1983 production of The Diviners (script by Jim Leonard, Jr.).