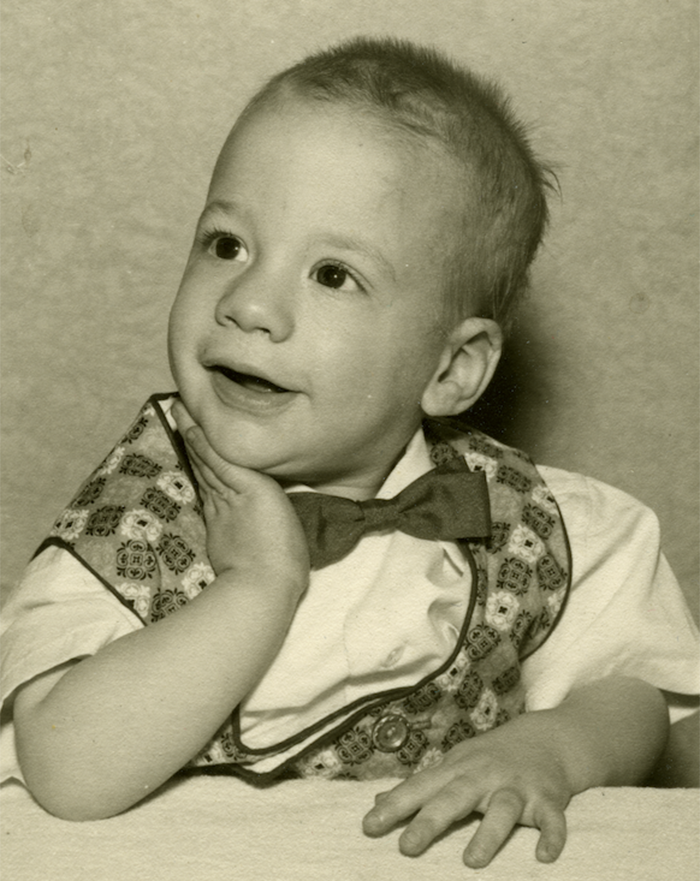 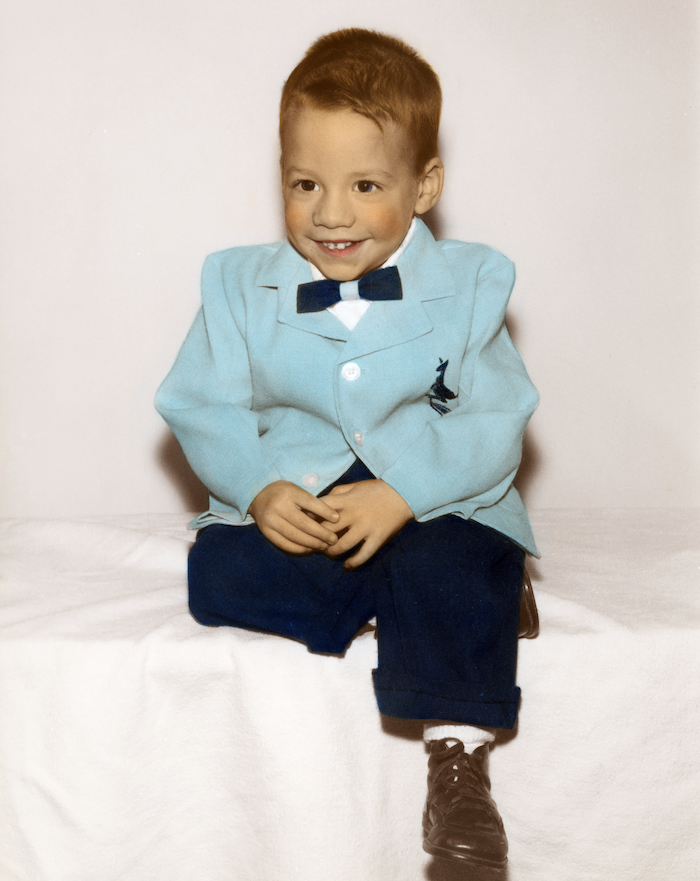 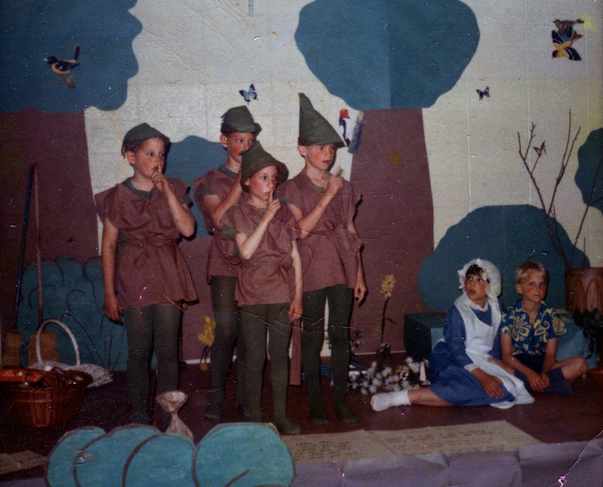 First role: as an elf (second elf from right)
in Hansel and Gretel, 1968 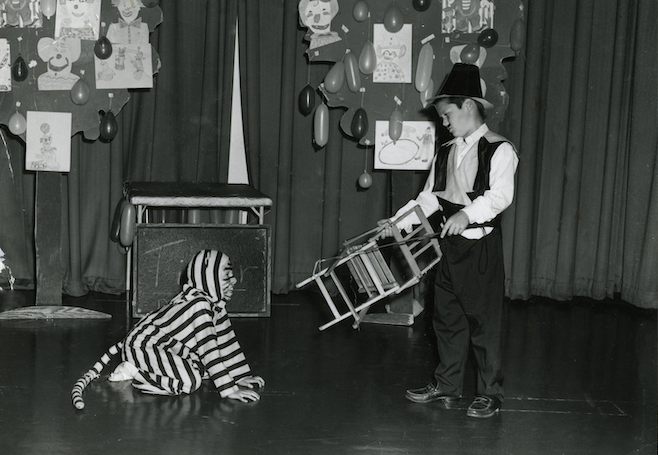 A native of Indianapolis (born 1958), Matthew Scott Moore entered the Indiana School for the Deaf as a pre- schooler, and eagerly began learning American Sign Language. At ISD he began his career in theater (his first role being that of an elf in Hansel and Gretel), media (he edited the school newspaper, The Reflector), and leadership (active in the Jr. NAD’s Youth Leadership Camp, he was a Student Body Government representative at ISD). He graduated from ISD in 1977 as valedictorian of his class. His postgraduate career has essentially been a continuation and expansion of what he accomplished at ISD—his emphasis on literacy skills as the cornerstone of education, responsibility (which he calls “the ability to respond”), and leadership. At RIT’s National Technical Institute for the Deaf (NTID), he served as House Manager of the Theater Department, was a Resident Advisor, and, to give NTID students hands-on experience in multimedia, founded and directed the Student Communication Center, which produced a newspaper and several TV projects. He graduated in 1983 (B.S. in Social Work).

In 1984, Moore produced, directed, and hosted a pilot magazine-format TV program, Deaf Magazine, which aired on Rochester’s local ABC affiliate. It received unanimously favorable response. Since 1984, he has run his own multimedia company, MSM Productions, Ltd. He is founder and publisher of DEAF LIFE magazine, and President of Deaf Life Press, MSM’s book-publishing division. He also owns DEAF. com, a portal Website. MSM has also coordinated several national conferences, and now working on films through Redbird Pictures. MSM will continue to do more through media.